A Tribute to Robert Brout

Under the Honorary Presidence of

The organizing committee of the International Ontology Congress is proud to present the opening and closing sessions of our 13th edition, which will take place at Chillida-Leku Museum in San Sebastián.

1) The event will begin with a few words of tribute to Robert Brout, pioneer along with François Englert in the research on the so-called Higgs field and boson.

Presidency of the session: Pedro Echenique (Prince of Asturias Award and Max Planck Prize for Physics)

11:30-12:30 Juan José Gómez-Cadenas (DIPC) Is the Neutrino its Own Antiparticle? (What We Talk about when We Talk about Neutrinos).

2) The session will finish with a closing speech by Prof. Gerardus ‘t Hooft (Nobel Prize of Physics. Utrecht University).

Michela Massimi (The University of Edinburgh)

In 1964 Robert Brout and François Englert published an article in Physical Review Letters that delved into hypotheses already advanced by themselves. In this article they defended that a singular particle should be given in the category of the so-called bosons. A few months later, the Scottish scientist Peter Higgs advanced an analogous hypothesis. In 2012, the Brout-Englert hypothesis was verified. Unfortunately, too late for Robert Brout to enjoy this great moment of satisfaction... he had passed away in 2011. Great physicists, sometimes Brout's students, follow his scientific path. Philosophers, who are nourished by the results of the scientists' effort to make the nature intelligible, owe him, undoubtedly, tribute.

Since the first conference took place back in 1993, the aim of the International Ontology Congress, of which most of the conferences have been held under the auspices of UNESCO, has been to breathe new life into the great topics of Greek philosophy, examining them from a contemporary perspective, namely, using the tools provided by contemporary science. These problems keep being brought up constantly, either because of the emergence of new scientific data or because of the irruption of new philosophic perspectives.


It is obvious that the philosophical and ontological reflection about nature, what was in other times known as natural philosophy, cannot take place without the support of the “natural science of our times”, in Heisenberg's words. It is well known that in the first twenty-five years of the XX century, experimental facts showed that the classical picture of nature was not completely justified in the realm of the microscopic. This was not the consequence of a philosophical whim, but it was imposed on the scientific community by the progressive accumulation of facts impossible to accommodate inside the previous picture of nature.

The main ontological implications of the new discipline were shown at the 1927 Solvay conference. A.S. Eddington asserted later that, if it was confirmed, the collapse of Absolute Causality announced in Solvay by Heisenberg, Born and others would make of this meeting one of the crux moments of the scientific and philosophical thought. But, as the Royal Majesty in the verses of Shakespeare, Causality never dies alone: it sweeps along a whole set of entangled principles that, from Greek physikoi to Einstein, had been considered the very grounds of our representation of nature. From then (and in spite of new theoretical data and crucial experiments) we can say that many of the questions discussed in the Solvay conference remain open and nourish in our days a fascinating debate. We hope to be able to discuss about these implications as well as to create new avenues for discussion at the first main section we are proposing for the XIII International Ontology Congress to be held in San Sebastián, from the 2nd to the 6th of October 2018: Since “Solvay 1927”: Nature and Quantum Physics (state of the art).

But it has not been the first time that philosophical problems rise in the history of Physics. In fact, the first West physicists, the thinkers of the marina cities of Ionia and their successors, were already confronted to deep questionings, which leaded to the advent of meta-physics, understood as the fate of Physics itself. This is why in 1948, Nobel Prize winner Erwin Schrödinger interrupted a course at Trinity College in Dublin arguing that, before continuing to work on physics, it was necessary for him to know the meaning of the word Physis. As he greatly admired the Greek intuition of scientific view, Schrödinger seemed to think that returning to the roots was the best way of staying faithful to the spirit of science. Then, let's turn our attention to those roots, asking nevertheless if others civilizations were already developing an embryonic conception of nowadays physics. The International Ontology Congress maintains deep reliance on the roots, the foundations of current science and this confidence has been the inspiration for our second main section also to be held in San Sebastian, from the 2nd to the 6th of October 2018: Back to Ionia: the conception of Physis that makes Physics possible.

MAIN LANGUAGES OF THE CONGRESS: SPANISH, BASQUE AND ENGLISH

Nevertheless, we are open to evaluate and accept papers in other languages.

SECTIONS IN SAN SEBASTIAN (2-6 OCTOBER 2018) at the UNIVERSITY OF THE BASQUE COUNTRY, PHILOSOPHY DEPARTMENT:

2. Back to Ionia: the conception of Physis that makes Physics possible.
* Although the XIIIth edition of the International Ontology Congress will give priority to the sections mentioned above, papers focused on the development of the concept of nature will also be welcome, for instance, "the concept of nature in the Middle Ages" and similar topics.
All papers will be exclusively presented in San Sebastian.

SPECIAL SESSION IN BARCELONA (9 OCTOBER 2018), IN COOPERATION WITH 'CASA ASIA' and 'INSTITUTO CONFUCIO':

The Roots of Science and Philosophy in China: State of the Art.

Chaired by the President of the International Federation of Philosophical Societies, Dr. Luca Scarantino.

Session devoted to China in the framework of the XIII International Ontology Congress.

Professor Yao has written books and articles on the subject of Confucianism, including comparative studies with Christianity. In 1998, in recognition of his work promoting Confucianism in the UK, he was made honorary President of the Confucian Academy in Hong Kong.

Lehman College and Graduate Center history professor Joseph W. Dauben earned his doctorate from Harvard in 1972, the same year he joined the Lehman faculty. He is the author of two biographies that are considered classics: Georg Cantor: His Mathematics and the Philosophy of the Infinite (Harvard University Press, 1979) and Abraham Robinson: The Creation of Nonstandard Analysis, A Personal and Mathematical Odyssey (Princeton University Press, 1998). In recognition of his singular contributions to the understanding of the development of Chinese mathematics in the Western world, Dauben was elected an Honorary Professor of the Institute for the History of Natural Science, a branch of the Chinese Academy of Sciences, in 2002. Only eight other persons have received this honor. He is also a recently-elected member of the German Academy of Sciences Leopoldina, the oldest scientific society in Europe.

Luca Maria Scarantino teaches Philosophy and Politics of Culture at IULM University, Milan, Italy. He has extensively published on contemporary Italian philosophy. His current research interests include the definition of cross-cultural moral patterns, focusing on basic interpersonal features, such as persuasion, violence, trust, resentment, generosity, and love. He is the general Editor of the international journal Diogenesand President of the International Federation of Philosophical Societies (FISP) for the term 2018-2023. He was Secretary General of FISP from 2008 to 2018.

DEBATE IN A CORUÑA (17 OCTOBER 2018) IN COOPERATION WITH 'FUNDACIÓN PAIDEIA':

Under the patronage of

Under the auspices of 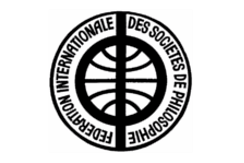